Link to the German version 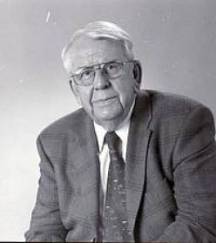 Werner Diez was born in Ulm on March 3, 1929 and studied economics at the University of Tübingen from 1959. During this time, he gained practical experience in various industrial companies, a bank and a trust office. He passed his diploma examination in 1951 and completed his studies with a diploma thesis entitled "Ertragswert bei der Gesamtbewertung von Unternehmungen". This was followed by employement as a tax administrator and auditor with two auditing companies in Stuttgart.

Dr. Diez received his doctorate in July 1953 from Prof. Dr. Rudolf Johns with a dissertation on "Grundsätze der Gesamtbewertung von Unternehmungen und Unternehmensanteilen in Betriebswirtschaft und Steuerrecht". He was admitted as a tax advisor in 1958, as a certified public accountant in 1961 and as a legal advisor in commercial and corporate law in 1970.

Fore more than fifty years, Dr. Werner Diez was firmly connected to his department of the former Faculty of Economics. Over several years he made regular donations to the faculty, thus enables some purchases.

Until the end, Dr. Werner Diez supported the alumni work of the department. Shortly before his death, he joined the newly founded alumni and support association "WiWi-Netzwerk Tübingen e.V.". The WiWi-Network honored Werner Diez's outstanding personality by posthumously appointing him as its first honorary member.

More information about Werner Diez and his foundation